Why I quit my job to teach kids to code

To start Bitsbox, I had to leave a very, very nice gig with a team I love. I was happy at my cushy corporate job, but the startup life is even better.

I worked at Google for five years, and through that entire stint, it was rated "the best place to work" in national lists and popular culture. We had free, gourmet meals; incredible benefits; and generous pay. Working at Google felt like being on a cruise ship. If you could think of something fun you'd like to have at work, you likely either had it or could get it.

People would ask me in hushed tones what working for Google was like. I'd say it was great. (It was.) But to be honest, there were drawbacks. My projects sometimes felt unimportant inside the grand scheme of a corporation with crazy-big goals. An idea that would be a killer startup outside the big G was considered a distraction.

I once specced out a website feature that Google's own tools suggested would make my team a million bucks in yearly revenue. The amount of time for me to build it? Less than a month.

I was told not to bother. My million-dollar feature was never implemented.

I don't bring this up as sour grapes. I agreed with the decision. The fact is, when you're in a big company (or any company, really), you have to focus on the mission. When that mission is something defined by somebody besides yourself, it invariably means that you'll be working on stuff that you're less than passionate about.

The beginning of Bitsbox

The idea behind Bitsbox started with my daughter, Audrey. She was seven at the time, and I was still at Google. She started asking me what I did at work, and when I told her I programmed computers, she wanted to try it for herself.

Excited by her interest, I went online and searched for coding tools for kids. What I found were a lot of apps that will let you "program" by dragging blocks around on-screen, such as MIT's excellent Scratch, but very little that enables kids to actually type in code.

My first computer, and the book it came with.

When I was seven, my dad bought the family a TRS-80 Color Computer. You'd turn on the thing and see a blinking cursor. If I wanted the computer to do anything, I had to write code. (Back then, I used a programming language called BASIC.) I learned to program by copying projects from a friendly instruction book that came with my first computer. Suffer through a dozen lines of mysterious commands and you'd get to see something cool. Do it enough, and those mysterious commands started to make sense. It was learning through immersion, and it's how thousands of programmers of my generation got their start.

I wanted something like that for Audrey: a blinking cursor and a book full of projects. While she learned to program, I wanted her to learn the keyboard, which is a programmer's instrument. Like piano lessons, you learn how to play by playing other people's music, and then you start composing your own stuff. I couldn't find a coding tool for kids that worked this way, so I decided to build one.

My first prototypes were just for Audrey, but they worked well enough that I began wondering if I could turn my idea into a business.

In the 80s, dozens of computing magazines published programming projects as regular features. Sadly, that culture has gone away. Bitsbox could bring it back.

Making the leap to a full-time startup

In 2014, I decided it was time. I recruited my coworker Aidan to join me as cofounder, and we left our cushy corporate jobs at the same time. 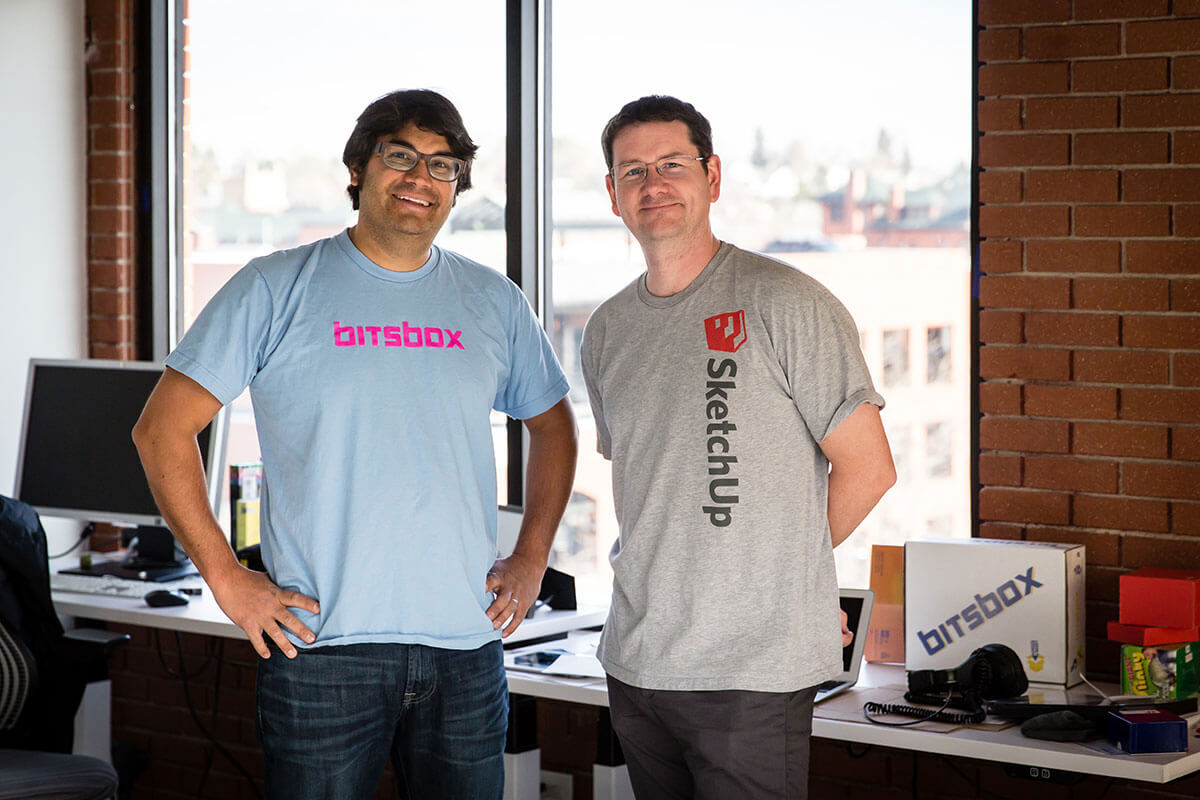 Aidan and myself, shortly before we shipped our first boxes.

We spent that first summer hanging out in his basement, working on mockups and examples and running tests at local schools and enrichment camps.

Early experiments showed that it worked! Kids could build apps and they enjoyed doing it. Although we weren't yet paying ourselves a dime, seeing kids enjoy building apps with our product gave us the confidence to carry on. 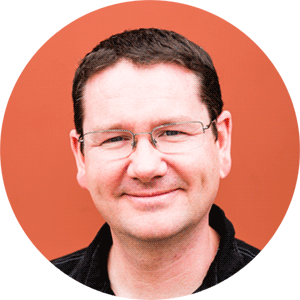 About the author: Scott is a dad, coder, and the CEO of Bitsbox. Find his occasional twitter musings at @scottlininger.
Join thousands of grownups who get articles on teaching kids to love coding.