Boys and girls like to code the same app projects. Here's how we know

When kids open a monthly Bitsbox, the colorful set of Supercards inside are full of apps they can try. Kids don't have to start with the first card and work their way through the set. They can pick and choose whatever app interests them.

Bitsbox works this way by design. With the range of kids' interests in mind, the team at Bitsbox helps kids build creative drawing apps, virtual pets, science simulations, and shoot-'em-up games. Our materials include dolphins, hot dogs, aliens, magic rabbits, and even Abraham Lincoln. There's an app project for everyone—because we believe that all kids should learn to code, not just the ones (often boys) who show an interest in computers or video games.

We weren't sure how kids would respond to this huge variety of projects and themes, until spring 2015, when we published 50 app-project trading cards. Each card had a single app, and like the Bitsbox Supercards, the trading card apps covered a range of interests. We distributed 25,000 packs (or 250,000 cards) across the United States and around the world.

Of all the apps that kids built from these cards, we know the gender of more than 21,000 coders, and the results gave us interesting feedback about which apps girls and boys prefer.

What the trading cards told us

Bitsbox has incredible data on the trading card apps. We know that Laser Cannon and Virtual Cookie were the most popular apps for kids to start building. Ready For School didn't fare quite as well—maybe a rocket backpack would have been more enticing?

We can also use our data to determine which apps are most popular with girls and boys.

The vast majority of the cards have a pretty even gender split:

Why we teach coding for all kids

The data from the trading card apps reinforces our belief in creating universal coding projects for kids.

Narrowing in on kids by gender or hobby or interest loses the kids that don't fit a profile. For example, if we tried to sell a monster-blaster coding kit to parents of boys, we'd imply that the kit isn't for girls, kids who aren't into monsters, or kids who don't want to blow things up. Suddenly, we'd be teaching coding to a very small, homogenous segment of kids.That's not what we set out to do!

Similarly, if we designed a special product for the pink aisle (you know which one that is), we would miss out on the girls who aren't into rainbows and unicorns. We'd also miss the boys who like coding apps with ponies and sparkles.

Because we create a wide array of projects that appeal to all kids, Bitsbox enables kids to make choices, and we make learning to code fun and accessible to everyone.

Want more? Check out the Bitsbox Grownup Guide for more great content about kids and coding. 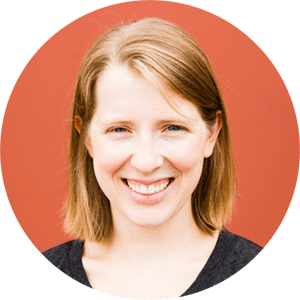 About the author: Anastasia is a proud Maine native, mechanical engineer, and aspiring coder. As the Chief Cat-Herder at Bitsbox, she makes sure new coding fun arrives every month.
Join thousands of grownups who get articles on teaching kids to love coding.