How kids can get ahead using mobile

Tanmay Bakshi became interested in computer programming at the age of five. When he was nine, he released his first iOS app, 'tTables,' designed to help kids learn multiplication tables. At twelve, he became IBM Watson's youngest programmer. He's now one of world's youngest app developers at the ripe age of thirteen.

With the prevalence of technology today, it is not surprising that kids as young as five are showing interest in computer science. It's fairly common to see kids playing with digital devices instead of conventional toys. In fact, a study published on Pediatrics revealed that 96.6% percent of children from low-income families are active on mobile devices. However, they aren't just playthings. Mobile devices can serve as powerful tools for educating kids about the tech they love.

An article on Forbes talks about how mobile devices, such as smartphones and tablets, can be used to teach kids coding and computational thinking. Terence Eden recommends that children be taught how to program for mobile devices, given the increasing number of children getting connected through the gadgets. He emphasizes that they are more likely to become engaged in writing apps that work on mobile for the simple reason that they are more exposed to these devices, and are thus more likely to make use of their creations.

The beauty of app building is the immediate gratification—coders can see and use the fruits of their labor. One of Scott's 6 tricks to help your kid learn to code emphasizes how every app on Bitsbox comes with its own QR code, which lets kids 'zap' their apps on a tablet or a smartphone, so they can play it on a real device!

By mixing a highly technical subject with a medium for artistic creativity, kids find it easier to tackle complex ideas. Tootsa suggests that combining art and math increase the likelihood of a child exploring certain crafts. This echoes what Kathy Lane explained earlier this year—coding is a form of creative expression for kids.

Adults want their children to be productive members of society. By building apps, you're taking a tool kids are familiar with—smartphones/tablets—and encouraging them to be the creators behind the games they love. 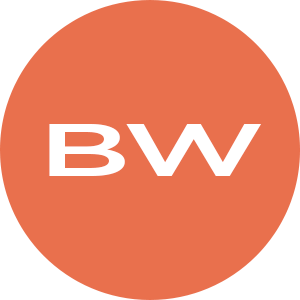 About the author: BirchWrites wrote this blog exclusively for Bitsbox. She is an edtech blogger and a former member of the Techiedoodlers.
Join thousands of grownups who get articles on teaching kids to love coding.