Fad: n. a practice or interest followed for a time with exaggerated zeal.

Every grownup can relate to the stress of signing a kiddo up for something new, only to find out weeks or months later that it was a waste of time and money.

So hearing all this hype about kids coding may have you wary about getting your own kids started. But while there is a lot of zeal around it, I'm here to tell you it's not exaggerated in the least.

Kids who code are more creative, precise, better versed in the modern world, and armed with the skills they need to write their own future.

Here are 8 reasons why that's true:

1. It's a universal language.

Learning to code is learning a foreign language. However, unlike learning a language specific to a certain region, coding allows you to communicate with over seven billion people in the world.

Apple's Tim Cook recently declared he would prioritize learning to code over learning English, going on to say that "coding should be required in every public school in the world." Coding education isn't standardized in public schools just yet, but there are plenty of tools that make coding accessible for kids to learn at home.

And there's no time like the present. Just like learning any language, the younger you are, the easier it is to pick up.

2. Writing code isn't the only skill kids learn when coding.

As our friend Kyle mentions in his recent blog post, coding will improve kids' technical skills in school. When you forget a few apostrophes or commas in an essay for English class, your essay still works overall. But, if you forget any syntax at all in your code, it simply won't run.

Kids improve their attention to detail when they code, making them better proofreaders and benefiting their work in every school subject!

Code is a medium for expressing creativity. Code is the paint, and the coding platform (like bitsbox.com/code) is the canvas. With a good coding toolset kids can produce incredible digital works of art!

In Bitsbox, we give kids the framework for how to build an app, and equip them with thousands of possibilities to make it their own. Coders can take an app like Doggle Heads, and turn it into Froggle Heads. Or, instead of coding robots in Castle Defender, a coder could make an app where leprechauns defend a Waffle House!

4. Kids are rewarded for their hard work.

One major perk of coding is that kids can immediately see the fruits of their labor. This immediate gratification keeps kids engaged, and they continue working hard to produce bigger and better things.

Within this one line of code, we have a simple function: When I tap Taylor, she will dance. 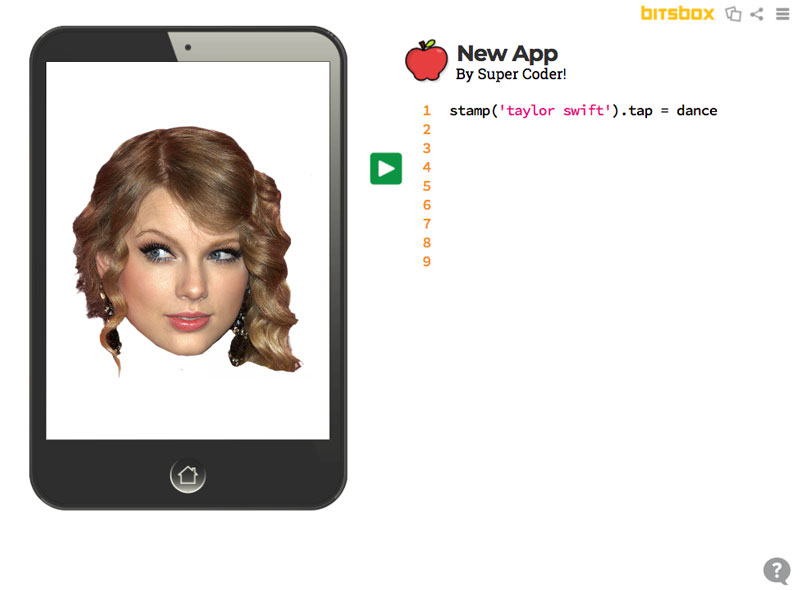 It's easy to make this app even more fun with just one more line of code. Want to add a fill? Or make her sing, too? Try it for yourself!

It's quick, and incredibly rewarding!

5. Coding is the language of the 21st century.

You can ask your phone which exit to take off the highway. You can monitor the temperature in your house when you're traveling across the world. And you can 3D print your own dog (probably).

Apart from the glitzy stuff technology can do, consider the necessities that coding aids: security at the airport, delivering news, documenting bank or insurance records, etc.

Technology isn't going anywhere. And you may say: Well, my kid is going to be a firefighter/artist/mayor when they grow up. But just as kids are required to take chemistry or calculus in school, learning to code isn't about mastering a skill for any one profession. It's about understanding the basics of the evolving world around you.

6. There's no finish line when it comes to coding.

Coding is a skill that can be practiced for a lifetime. There are new applications and languages to learn, and the technologies are evolving all the time. On a project to project basis, there's always a way to revise code to make it more efficient, more fun, or just plain different.

With a world of endless possibilities, kids won't grow bored of it.

This isn't to say your kid will never stop coding to move on with other interests. What I'm stressing is that if kids choose to code for their entire life, they won't plateau in their progress.

Coding is about making stuff. And making stuff brings kids a lot of pride, especially when it's fun and they can show it off to others!

Because apps are made digitally, kids can send their creations to friends, grandparents, and teachers all over the world. The ability to share furthers that newfound self-confidence.

Take this 12-year-old app developer. He started making apps that were just for fun (like his whack-a-mole game Bustin Jieber). Now, he's using his coding skills to empower other kids to build their own apps, too!

8. Computer science is the only job in STEM that's actually getting employed.

It's clear STEM (an acronym for science, technology, engineering, and math) is a big buzzword among parents these days when it comes to their children's educations. And while every category of STEM is important for kids to learn, the in-demand jobs these days are primarily in the T, aka computer science. 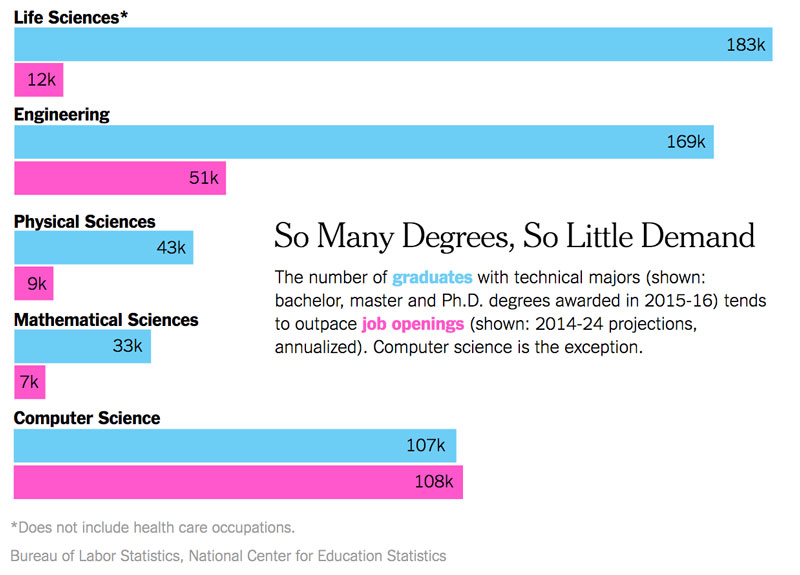 Grownups want to ensure successful futures for their kids—the leaders of the next generation. From the health of our planet, to our country's economic stability, to kids' inherent skills, grownups are making decisions every day that affect kids' futures. The decision of whether or not to teach kids coding is an easy one.

So, is there a lot of hype around coding for kids right now? Yes.

Will it disappear as just another silly fad? No way.